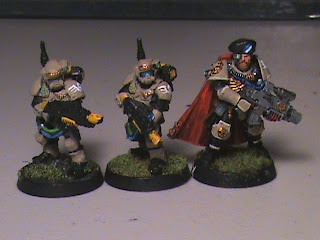 I was contemplating on changing my stormtroopers color scheme for awhile now because I wanted my stormtroopers to stand out away from my veterans. My veterans use the same models and grey/ black color scheme as the stormtroopers. When I first started with my IG in 3rd edition, I painted my guard to the Harakoni color scheme mentioned in the the 3.5th ed. codex. This last month I found an old printed color copy of the Madusa V campaign book, that was free from GW in a PDF form at that time, and decided to read the copy completely this week. I noticed an old drop troop strike the Warhawks conducted against the TAU and recalled that I was part of that attack during the MADUSA V Campaign.
So I decided to repaint my storm troopers to their original color scheme I ounce had them. Pictured above are my three veteran Sergeants. I am very happy with the change I made and hopefully they will see action on the table-top here again with their old color scheme.
Posted by V.Reyes at 6:39 AM 1 comment: 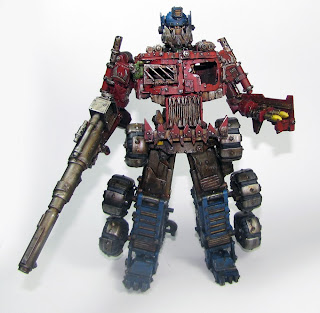 Here is the link to Orktimus prime

Seen this very cool conversion of a transforming ork trukk online while researching for some conversion ideas. :)
Posted by V.Reyes at 9:06 AM 1 comment: 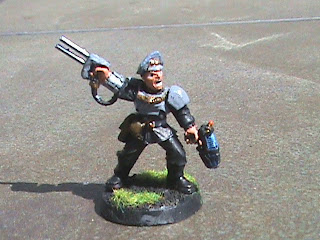 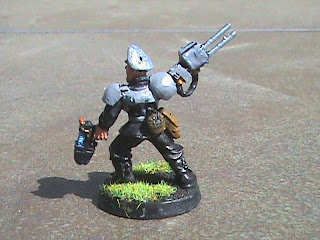 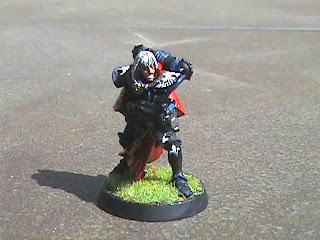 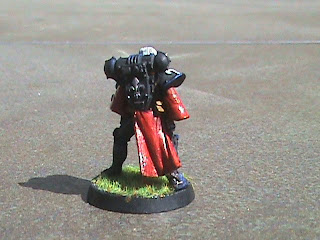 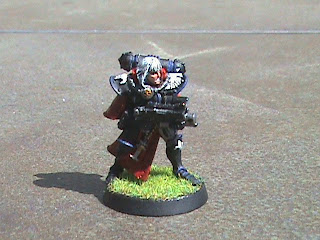 Here is my final paint job of how my sisters will be representing the Order of Our Martyred Lady. Also pictured is my Captain Al' Rahem conversion. Captain Al' Rahem was converted from an Imperial guard officer that has a plasma pistol and ounce had a power sword. The power sword had his sword gracefully removed by my son a year ago when he was 3 yrs old. The claw was converted using 2 small paper clips and green stuff. :)
Posted by V.Reyes at 2:00 PM No comments: 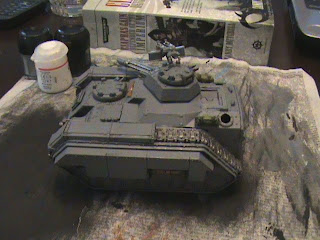 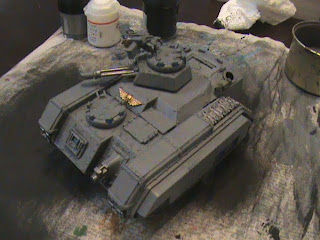 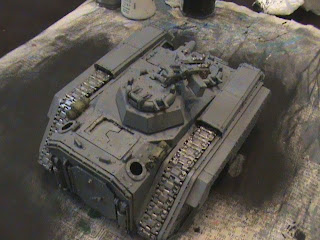 Here is my throwback Colt Pattern Chimera with a heavy bolter as a hull weapon and a pintle-mounted storm bolter :) I hope you guys like the pics. It would be great as an Inquisitor chimera or a Company Command Squad transport. Let me know what you guys think.
Posted by V.Reyes at 6:24 PM 1 comment: 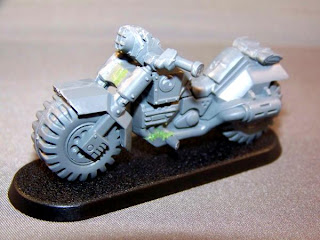 I was looking at some ramshackle miniatures to begin a small rough rider squad. I really like the look of the quad but noticed a conversion using a cadian and the quad which looked out of place IMHO. So continued my search and found another conversion (on dakka and pictured above) and liked this idea even more. So I wanted to share this find before I go off and try it out. I'm also finished building an Immulator and priming and exorcist, another immolator and two rhinos for my Sisters of Battle. I'll be working on those models here shortly so I can have that army painted to a certain degree. :)
Posted by V.Reyes at 4:17 PM No comments: 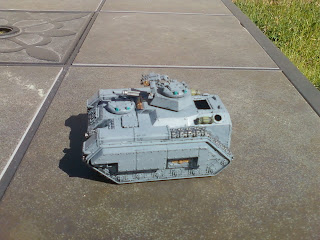 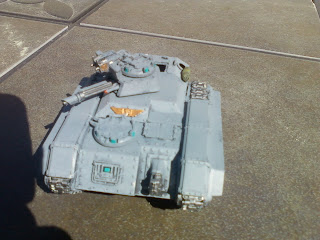 Following suit to Apocalypse 40ks' Capricorn Pattern Chimera, I built my own throwback keeping the sides of the chimera armored instead of shaving them down. I haven't closed off the back hatch yet because I haven't found the right piece for it. You can find instructions to them here, here, and here.
Posted by V.Reyes at 2:02 PM 1 comment: 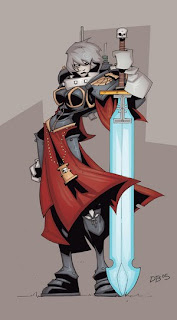 So looking online on the GW site and I noticed that GW isn't selling the metal Sisters of Battle models anymore as troop choices. HMMM... maybe they are coming out in plastic soon....:) So I took them out of my big box of minis and decided to gather them all up to see what knid of force I invisioned of having when the Witch Hunters codex was first released. Lo and behold, I found a couple of Saint Celestine models, One that I painted and displayed awhile back; a converted canoness with jetpack; 2x10 female squads of sisters; a 10xfemale squad of sisters repentia w/ mistress; 12x seraphim models, 2x penitent engines, Lord Karamazov, 2x of the male inquisitors with flame gun, 2X rare oop male inquisitors with plasma pistols, femal inquisitor with bow gun, an immolator and an exorcist. "What a great I find". I then called my sisters boyfriend to see about his SoB force and he decided to give me his force of 20x regular sisters and an Immolator. JACKPOT!!!

So I'm looking at all these models and I decided to make them an Order of our Martyred Lady and skip out on the upcoming Grey Knight train coming this April. Also, after looking through the Witch Hunter codex, the girls are still a good fighting force if directed right and people will find a few things rarely seen on the tabletop now. :) To Celebrate, here are some links to some old stuff from my Old blog :)