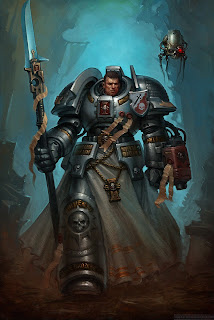 I was looking through the rumors through out the web about what's to come for grey knights and am a little disappointed. Not because of the strength and powers but the fluff that they are being surrounded with or lack their of. The Grey Knights seem to be heading; in my point of view; the way of the Tau. The Tau went from hippies to commies. The Grey Knights seem to be going from mutual deamonhunting allies to deamonhunting backstabbers. i come with this conclussion with the Apocalypse Grey Knight Strike force pdf available on the GW site. It also seems to me that the puritan/radical fluff maybe eradicated but who knows till April.

Anyways I've been working on some terrain pieces for my table. I'm also looking through my Grey Knights and Sisters of Battle and deciding how to play list them. I'm also working on conversion ideas with my Veterans. Hopefully I'll get pics on all of these projects up soon.
Posted by V.Reyes at 10:08 AM 10 comments: 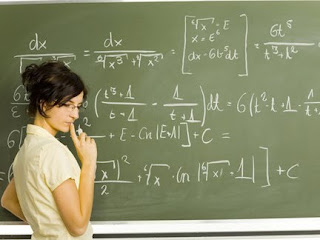 I learned a little bit more of my army at the LA Battle Bunker Apocalypse game (See old posts for details).

Here are key points I learned:
* A lot more fun then expected. This was my first Apocalypse game and was expecting it to be something similar to Planetstrike and Spearhead which I don't have much interest in playing. I went and blew a lot of stuff up and units were annihilated :)

* Apocalypse was a lot more stress free to play then a regular game since I didn't have to worry about a force org. and worry about the point limit since their was none. It got me out of my burn out and into a little bit more hobbying then I expected.

* Take some transports to move into enemy units quicker. I felt bogged down because I couldn't move my infantry up in 4 turns to anything since I was in a far corner from my enemies.

* Priests worked great with Straken and Infantry platoons. It helped me re roll my initial assault and help chop a demon prince with his eviscerator. 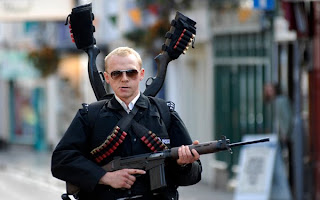 * Vets with demo and shotguns are AWESOME. I got more bang for the buck in taking vets with demolitions and grenadiers doctrine then my Storm Troopers. My storm troopers landed everywhere but where I needed them. I think I will be taking storm troopers as 5x man squads from now instead of 10. Vets will definitely be coming along with demolitions from now on since my 160 pt vet sqd took out of play 405pts by blowing up the Macharius Vulcan heavy tank in turn 1 and a leman russ executioner base 190pts later in the game.

* Ask questions on the forums about units. I took Astropaths and Officers of the Fleet to the game to be told that their abilities can not be used for the special event.

* Take a fold able chair to the tourney. I took mine but saw that many others didn't. They were hurting from standing up all day.

With all this learned I have a new found respect for Apocalypse and greatly look forward to playing more Apocalypse games then regular games in the future.
Posted by V.Reyes at 8:35 PM 5 comments: 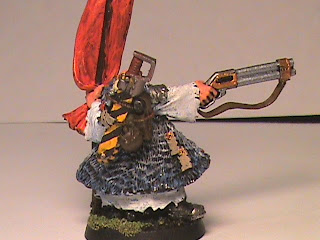 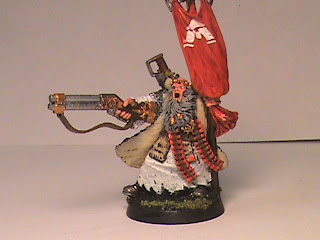 Here is a Ministorum Priest model I completed before the Big Game @ the bunker. I had him for awhile now for my Sister of Battle but now will be using in my IG army. he is the Uriah Jacobus model still sold by GW online. Let me know what you guys think.
Posted by V.Reyes at 8:33 PM 4 comments: